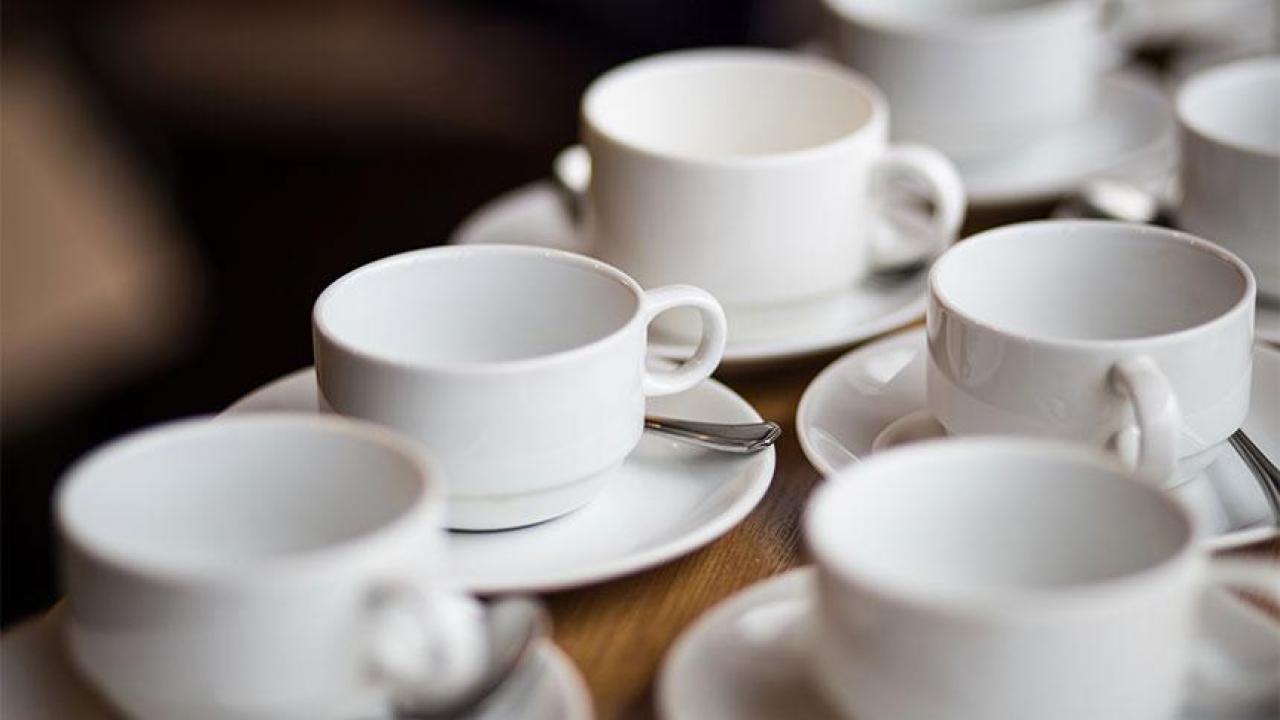 First Research on the Effects of Caffeine on Group Work

Planning a meeting? Serving coffee can focus group discussion, boost involvement and leave members feeling better about their own and others’ participation.

Those are the findings of new research on the effects of caffeine on group performance from the Graduate School of Management at the University of California, Davis.

Decades of coffee research have explored its effects on the individual, but this study is the first on the effects on performance in group tasks.

“If you look at where coffee’s being consumed, a significant amount happens in group settings,” says Rao Unnava, dean of the management school and co-author of the study with Vasu Unnava, an adjunct assistant professor at the school and his wife.

“Coffee With Co-workers: Role of Caffeine on Evaluations of the Self and Others in Group Settings,” is the first research study by management school professors to be published in the Journal of Psychopharmacology, an international scientific journal.

The Unnavas and their research partner, Amit Singh, a graduate student at The Ohio State University, conducted two experiments, each involving about 70 undergraduates, at a large Midwestern university.

In the first experiment, small groups had coffee together about 30 minutes before discussing an article about the Occupy movement and making recommendations about the topic’s inclusion in a competition for discussion topics in graduate school. Other groups had their coffee after the discussion.

Participants who had the coffee before the discussion rated their groups’ and their own performance more positively.

One question about the act of drinking coffee nagged the researchers. “Is it the caffeine in the coffee or the simple act of consuming coffee together than made people feel positive?” Vasu Unnava wondered.

In keeping with the results of the first experiment, the groups who had the caffeinated coffee rated their own participation and their attitude toward group members more positively than those who had the decaffeinated coffee. They also expressed more of a willingness to work with the group again and a higher level of alertness.

Additionally, coding of audio recordings from the discussions showed that the groups that had caffeinated coffee generated more statements relevant to the topic.

Rather than proclaiming caffeine as the ultimate catalyst for better group work, the researchers pointed to the increased level of alertness as being the mechanism for the positive effects.

The new study adds to the body of research being done at the new UC Davis Coffee Center, the first multidisciplinary university research center to address the challenges and needs of the coffee industry through a holistic approach to coffee science and education.

Chemical Engineering of Coffee: QED with Dr. B

"Engineering a Better Cup of Coffee" on Coffee 101 Podcast